ProfitPro is led by Gary Holt. His team of specialists from all over the world has helped over 200 companies in multiple industries to increase revenue by as much as 1000%.

In 2020, Gary Holt set out to re-brand his business in order to focus CEO and Owners on the most important aspects of business, the PROFIT!

With a well-tested step-by-step process, Gary has shown businesses what processes to fix and how to fix them, so a company can truly build revenue, grow profitability, and most importantly give owner’s options such as selling, growing, or passing to the next generation

If you want to know how to transform YOUR business into a profit-making machine, then now is the time  to connect with Gary Holt.

Read more about Gary below... 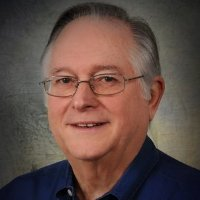 Gary Holt has over 45 years of experience in business leadership through General Management and Large Account Sales with key accounts including General Electric, General Motors, Ford, Zimmerman, Stryker, Dow, and many others.

He started his first company, American Advertising Distributors, in 1985 and later developed Holt Marketing & Management Services, Inc. when he discovered the need for Product, People, and Process Development to increase profits for a small to mid-size company.

Gary has done 12 start-ups of his own and has assisted other organizations in starting up over 20 new companies or divisions as well as successfully completing five mergers and acquisitions. He is a process mapping expert and has a Black Belt in Six Sigma.

Gary grew up in East Detroit, Michigan, and served as Special Services Leader in the U.S. Army's 25th Infantry Division in Vietnam. He was a sax player for Danny Zella and the Zell Rocks and recorded with Fox Records, obtaining a top 10 Billboard hit for "Wicked Ruby".

The Step-by-Step Process to Optimize Your Company’s Profitability, by Gary Holt.

How to Invest in Your Future by Investing in Your Business, by Gary Holt.

Learn How Harnessing the Power of People and Processes Can Create Unlimited Growth and Profits, by Gary Holt.

Want To Connect With Gary?